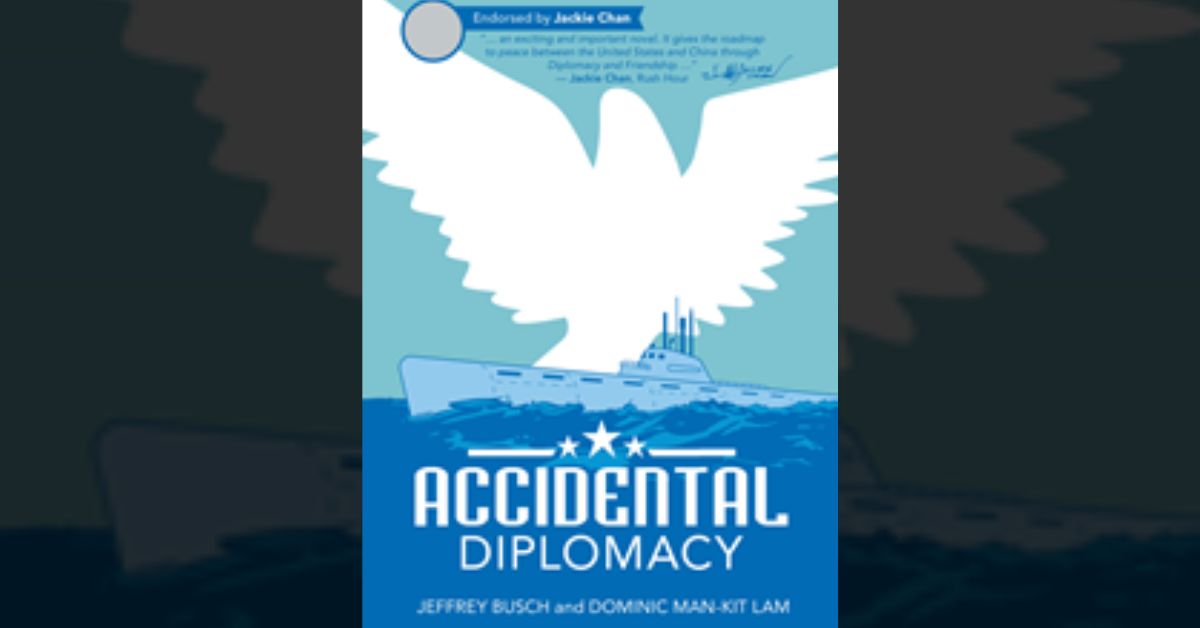 Jeffrey Busch and Dominic Man-Kit Lam announces their entry into the publishing scene with the release of “Accidental Diplomacy” (published by Archway Publishing). In this political thriller, a computer error prompts an unplanned battle in the South China Sea between two superpowers with the potential to cause a Third World War.

As Commander Wong gazes into the vastness of the South China Sea from the deck of a Chinese Navy ship, he is alerted that a U.S. Navy battleship is approaching. Meanwhile as Admiral Smith stands in the control room of the U.S. battleship, three Chinese jets fly overhead and warn the crew that they are in foreign waters. But neither leader has any idea that in mere seconds, everything is about to change.

After a computer glitch prompts a U.S. Navy lieutenant to make a split-second decision to take down two of the Chinese aircraft with missiles, the Chinese retaliate and launch their own attack. While Russia and others push China toward war, a peace summit is called. But can the sworn enemies who are leading the summit find a way to utilize diplomacy, cultural understanding, and friendship to stop a Third World War from unfolding?

“This book will appeal to readers because of the current events that are happening right now. Russia already invaded Ukraine and China continuous to hold its grip of the South China Sea. A threat of World War III with Russia and China is always in the news,” the authors point out. When asked what they want readers to take away from the book, they answer, “We are very close to World War III and our leaders should keep us out of it.” For more details about the book, please visit https://www.archwaypublishing.com/en/bookstore/bookdetails/844369-accidental-diplomacy

About the Author
Jeffrey Busch was appointed by two U.S. presidents to serve in their administration including representing the U.S. as a delegate to the U.N. He spent over 30 years advising and negotiating with high-level officials in both the United States and China, and was nominated for a Nobel Peace Prize for his work internationally.

Dr. Dominic Lam was a highly distinguished medical professor at Harvard and Texas Medical Center. He is also a world-class artist and philanthropist who has advised several Chinese presidents. Through his many accomplishments, Lam is often called the “Modern Day Leonardo da Vinci.”