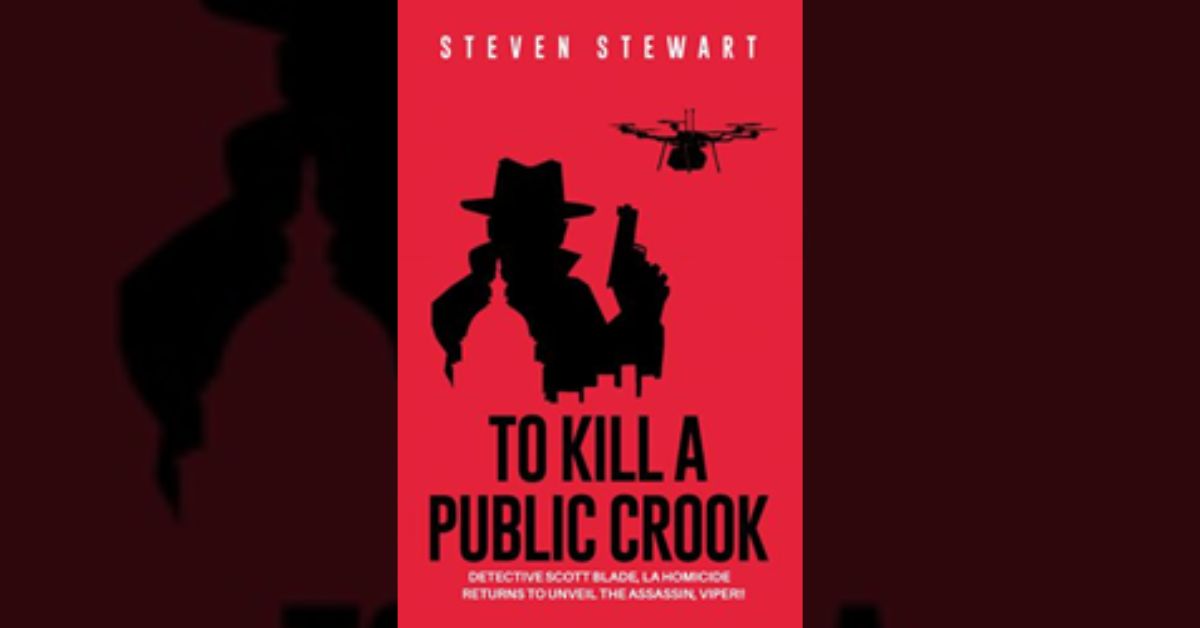 In this novel, an ex-Army pilot finds himself turned into a trained assassin set to alter American political history

From the author of “Who Shot the Man in the Black Coat?” comes another novel that combines technology, action, drama, sex, love and suspense.

Steven Stewart’s “To Kill a Public Crook” (published by Archway Publishing) tells the story of a wounded army combat pilot, Charley Dakota, who has been reprogrammed by doctors at the VA hospital for his new role as a “classified programmable soldier (cps), code name, Viper. When activated, the microchip in his brain enables the “assignment” to his next mission — to exterminate another public crook. This time, a bad senator.

Meanwhile, detectives Scott Blade and his fiancée Coraline Steele, together with FBI special agent Tomaso Girardi, head a task force to understand how the assassin kills without a trace. They discover the weapon to be a flying gun platform, a drone. Now they must follow the drone home, back to the dark space that conceals the Viper.

“To Kill a Public Crook” is an intriguing thriller that highlights conflicts in today’s divided political system and the intellectual gap between the voters and reality. When asked what he wants readers to take away from the book, the author says, “To think about changing the political system using the ballot box. Our founding fathers gave us a way to protect our constitution. Our law gives the citizens the right to remove unwanted politicians with a simple majority vote. On the dark side, the scenario in this story could easily become a recipe to remove undesirables by force.”

Visit https://www.archwaypublishing.com/en/bookstore/bookdetails/836941-to-kill-a-public-crook to purchase a copy.