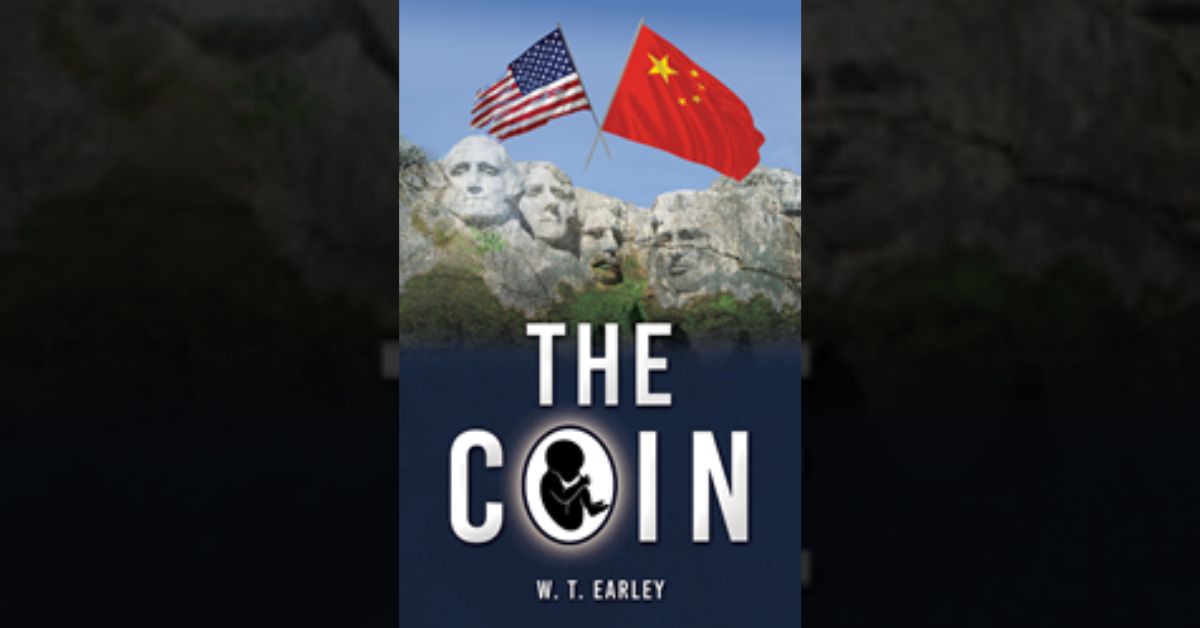 Liberty Hill Publishing presents a fictional world where freedom-seekers are hunted down and Christians are hidden underground.

Dr. Jeannie Garcia lives a stable, regime-privileged life in a post-WWIII society ruled by China where the population is controlled by a device tied to a unique Coin which few truly understand. When Garcia’s husband dies under suspicious circumstances, her eyes are opened to a dark side of her world she never knew existed and she is forced to confront it in order to save herself and her two young daughters.

“Seeing the dangerous misdirection of our country, The Coin unabashedly takes on abortion, globalists, wokeism, cancel culture, and the CCP (not the Chinese people, but their governmental leaders). It is not too late to course correct — but soon it will be if we don’t wake up to the reality of what is being taken from us,” said Earley.

W. T. Earley is an American author, lawyer, broadcaster, speaker, and community leader. He holds degrees from San Diego State University and Georgetown University Law Center. While living in Washington, D.C., Earley worked on Capitol Hill in the United States Senate. Throughout his professional career, he worked at the intersection of law, business, politics, and public policy. A native Californian, he, his wife, daughter, and chocolate Labrador retriever live in the Upper Midwest.

Liberty Hill Publishing, a division of Salem Media Group, is a leader in the print-on-demand, self-publishing industry. The Coin is available online through amazon.com and barnesandnoble.com.