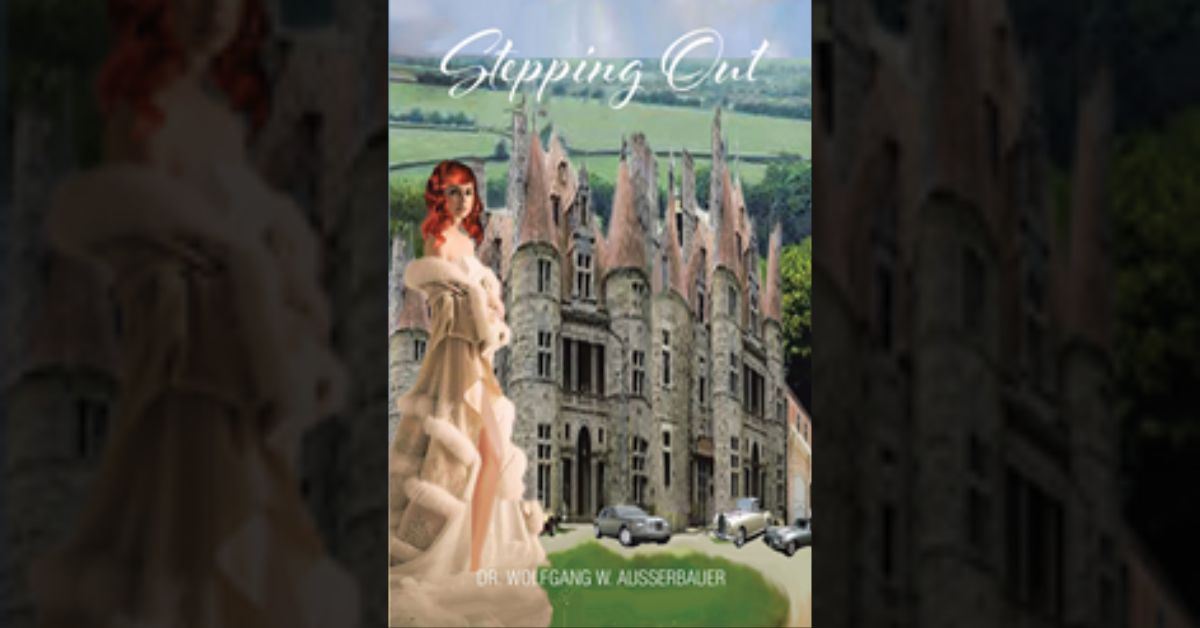 “Stepping Out” from Christian Faith Publishing author Dr. Wolfgang W. Ausserbauer is a captivating fiction that takes readers on a journey of unexpected foes and a surprising love match that will delight and entertain.

“Stepping Out”: a suspenseful tale of an estate with surprising secrets. “Stepping Out” is the creation of published author Dr. Wolfgang W. Ausserbauer, who was born in Germany and later moved to California in 1957. There, he graduated from Lowel High School. He was honorably discharged after his four-year military service in the US Air Force. Thereafter, he went back to college and acquired a degree in chiropractic medicine. He retired in 2010. Now, as a novelist, he and his friend, Writer, a miniature Schnauzer, travel the United States in a motorhome, writing science fiction stories: the Interstellar Home Finders series, Hugo series (1–6), Dreadnought series (I–VI), Intrepid series, and The Adventurer series (books 1 and 2). Also, there are The Gallant Painter, the New Beginnings series (Stepping Out, Reflections of Love, and The Structure of Life), and the Writer series (Writer I, Writer II, and Writer and the Novelist).

Dr. Ausserbauer shares, “This story is about Jeffery Bloom, a self-made multimillionaire. He steps out of his everyday life of drug making and distributing (He was a pharmacist in the USA), buying a castle in the English countryside. The castle was purchased sight unseen by Mr. Bloom’s agent. Jeffery finds himself at the front door at ten at night, knocking on a solid, hard, wooden door with his bare knuckles. With dim light presented by the moon, he failed to see the chime’s pull cord, which would alert the house of his presence.

“The limo driver, in the meantime, thinking the place looked spooky, wasted no time after dropping off Mr. Bloom’s luggage on the front step. Then without a goodbye, he quickly drives off in the direction of town.

“Jeffery’s reason for buying the estate was to have a place to raise an heir who would inherit his newly acquired wealth. Raising a child in the drug environment he was living in wasn’t good for any young kid, he thought, especially one of his own. That was well enough thought out, yet he had no wife or even a girlfriend he could trust or call his own. However, the money pit his agent had purchased for him had many surprises. The roof had holes; the wiring needed upgrading, the heater did not heat sufficiently to heat the house, and on top of that, the place was haunted. It had several resident ghosts. Nevertheless, it had a drunk, Archie Smeith, for a butler and Graceland for a cook; however, I should mention the dizzy redhead for an upstairs maid.

“He also owns 75 percent of the nearby town and got a distillery in the deal, which his nemesis Christian Kid will blow up. Furthermore, Katy O’Malley, Christian Kid’s wife, a sniper, is trying to end his life, for buying the estate in the first place.”

Dr. Ausserbauer delivers another exciting adventure within the pages of his most recent novel that will delight readers both new and familiar with his work.

Consumers can purchase“Stepping Out” at traditional brick & mortar bookstores, or online at Amazon.com, Apple iTunes store, or Barnes and Noble.

For additional information or inquiries about “Stepping Out,” contact the Christian Faith Publishing media department at 866-554-0919.