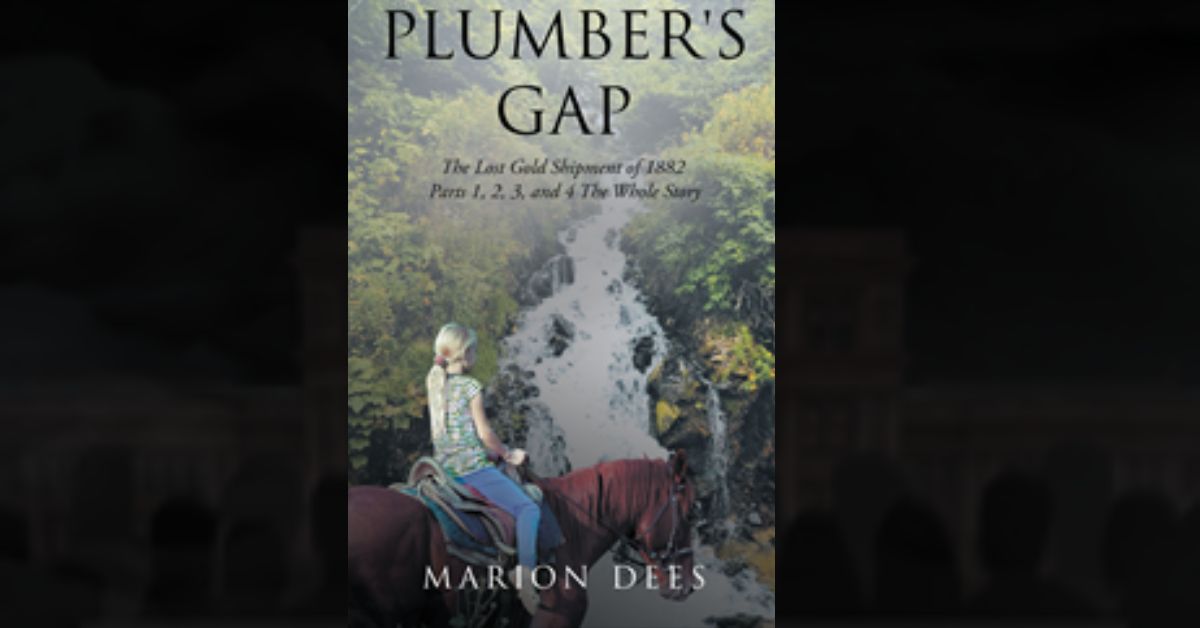 Recent release “Plumber’s Gap: The Lost Gold Shipment of 1882” from Page Publishing author Marion Dees is a compelling novel that begins in Gold Rush-era South Dakota with the Plumber family as they expanded their mining claim and accumulated thousands of acres near the wild West town of Deadwood. The staggering riches they mined from their property were hidden away, until future generations used them to build a life for themselves and their extended families.

Marion Dees, a married father, grandfather, and construction professional who discovered writing while recovering from serious heart issues, has completed his new book “Plumber’s Gap: The Lost Gold Shipment of 1882”: a gripping work of historical fiction inspired by his love for the state of South Dakota.

In 1875, gold was discovered in French Creek, near what is now known as Custer, South Dakota. But larger amounts of gold were found in the Deadwood and Whitewood Creeks the same year. Although the Black Hills and the land around it all belonged to the Sioux Indians and the Lakota tribes, white men poured into the area, staking claims on bits and pieces of land. Most came to the Deadwood Gulch area; this illegal settlement was known as Deadwood, the most dangerous settlement in the United States at the time.

By the year 1905, most of the smaller gold mines had played out or had been sold to the larger outfits. Also, by now, most of the land granted to settlers by the government’s Homestead Act had already been claimed by farmers and/or ranchers and ex-miners. However, some of the homesteads had been reverted to the government because of the death of the homesteader, and some just gave up and left their homestead. The land around Deadwood and Lead was rough land for farming, too rocky and hilly for most farmers. This land was now for sale at $1.25 per acre from the federal government. The railroad had moved in and was also selling land along their right of way for cheap, helping towns spring up all along the railroad tracks.

Mary ran over to where the gravel had been spread, bent down, and picked up a gold coin. “This, Mama, this is what I was talking about. They were everywhere, hundreds of them.”
Published by Page Publishing, Marion Dees’ engrossing book is a superb choice for avid fiction readers of all ages.

Readers who wish to experience this engaging work can purchase “Plumber’s Gap: The Lost Gold Shipment of 1882” at bookstores everywhere, or online at the Apple iTunes Store, Amazon, Google Play, or Barnes and Noble.