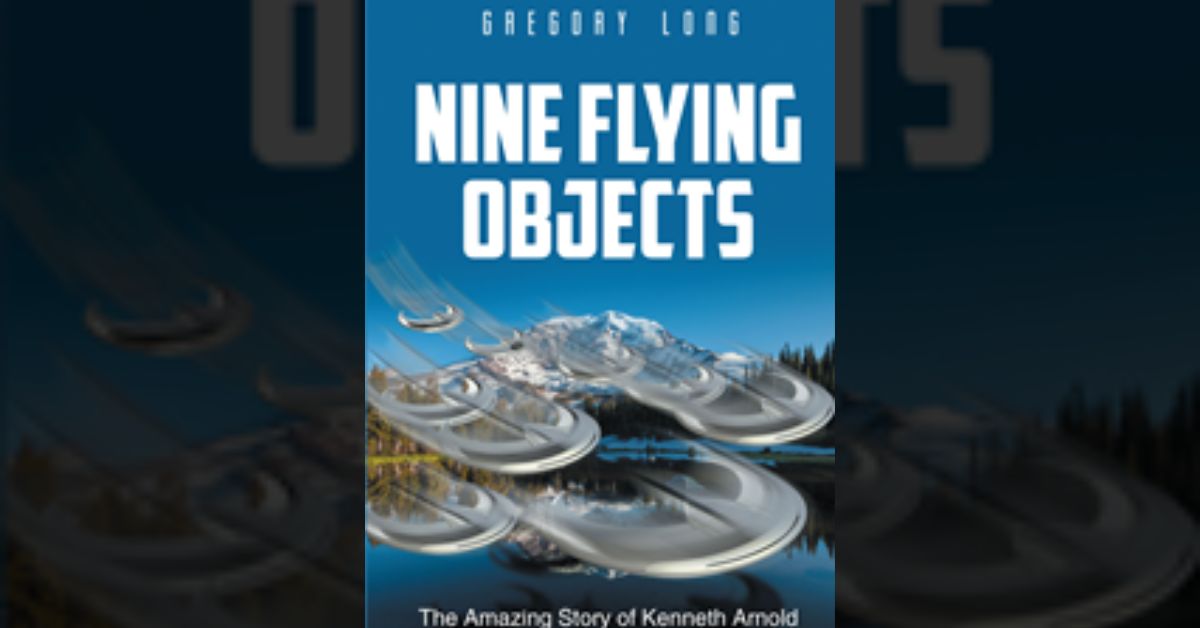 “Nine Flying Objects” from Page Publishing author Gregory Long is a true-life story of one man and his life-long crusade to prove to the world that what he saw was real and came from another world we can only barely imagine.

Gregory Long, a writer that specializes in investigating, researching, and writing about unexplained mysteries in the Pacific Northwest and who currently resides in Mill Creek, Washington, has completed his latest book “Nine Flying Objects”: a gripping and potent tale about a man who saw nine flying objects soaring across the sky on a clear day at the end of World War II and who risked ridicule and scorn for the rest of his life in order to stand up for what he had seen.

Gregory states, “It was on June 24, 1947, that a private pilot reported observing nine silver-colored objects flying north to south down the spine of the Cascade Mountains in Washington state. An honest, patriotic man with considerable flying experience doing business by plane throughout the Northwest, he was stunned by their flight characteristics, shape, and incredible speed, unachievable by any known aircraft on earth at that time.

“The man, thirty-two-year-old Kenneth Arnold, described their flight to a news reporter, saying that it was as if ‘you took a saucer and skipped it across the water.’ That description quickly transformed into the term flying saucer. Hundreds and hundreds of sightings flooded the Northwest and across the United States in the following weeks.”

Published by Page Publishing, Gregory Long’s enthralling tale tells Arnold’s story as a personal account of what it was like to be a witness to the birth of the UFO phenomenon. It is also the story of a government cover-up and one man’s fight against it. This book is not just about UFOs. It is about an ordinary man who became an unwilling icon when he did something extraordinary, he reported what he saw.

A man sees nine flying objects heading south over the Cascade Mountains. He reports what he saw to the press. His report is ignored by the public and ridiculed by the press. The U.S. government investigates but withholds its conclusion from the public for decades. Based on extensive interviews with Arnold, and rare historical and government documents, this documentary explores the life of a man who was witness to one of the country’s most enduring mysteries.

Readers who wish to experience this intriguing work can purchase “Nine Flying Objects” at bookstores everywhere, or online at the Apple iTunes Store, Amazon, Google Play, or Barnes and Noble.