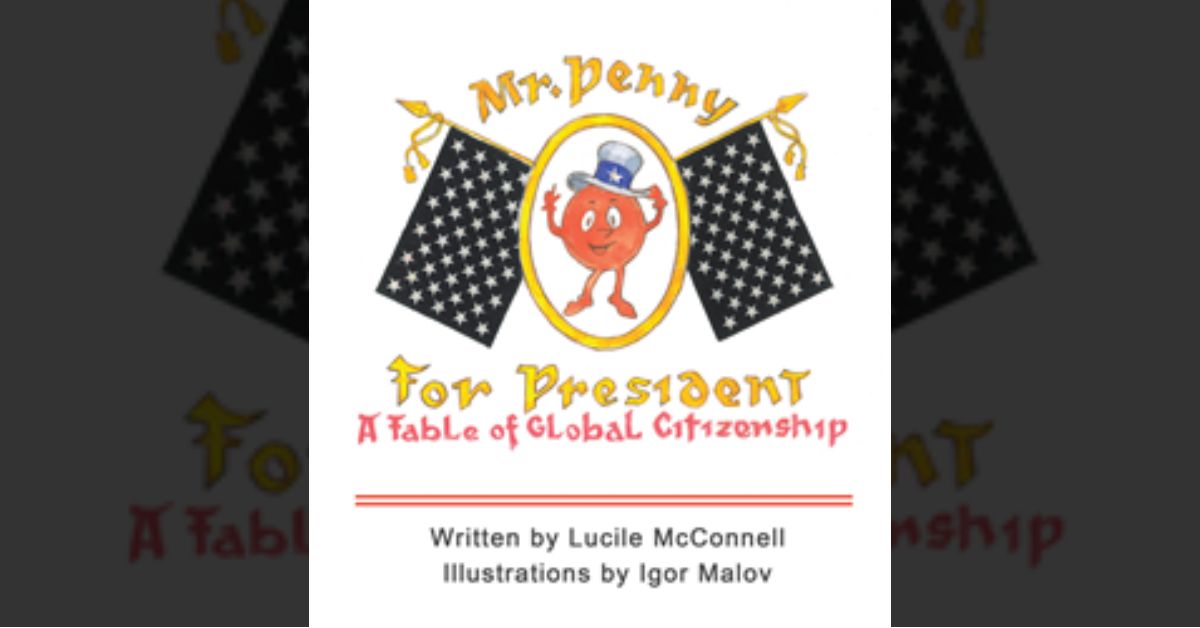 Author Lucile McConnell has released the second book in Mr. Penny’s adventure series, “Mr. Penny for President: A Fable of Global Citizenship”. In this family-oriented picture book, Mr. Penny highlights the importance of addressing the climate crisis, and provides a way for readers to take action.

The hero of the story is a humble penny, who feels insignificant and overwhelmed in the face of the climate crisis. In his adventure he finds the strength within himself to rally all the coins of the Land of Us to save Lady Liberty from the rising tides of the climate crisis. Mr. Penny learns that the solution to the climate crisis is in everyone – through the connection to Mother Nature, to each other, and to the common good.

“As we look to the future, I want to inspire readers to realize the power of positive individual citizen participation that Mr. Penny symbolizes,” McConnell said. “By combining our individual participation, we can meet the challenges facing our nation.”

In “Mr. Penny for President” McConnell fuses the concepts of economic, environmental and intergenerational stewardship. She aims to motivate readers to be the positive change that they want to see to save the Earth by their participation on an individual creative basis. McConnell wants to use Mr. Penny’s story to not only encourage discussion about this critical issue, but to give readers hope.

50% of all proceeds from sales of “Mr. Penny for President” go to support environmental non-profits and the other 50% go to the UNICEF relief fund for Ukrainian refugee children out of respect for the book’s illustrator, Igor Malov, a Ukrainian artist.

As Mr. Penny says, “We are the heroes that we have been looking for.”

About the author
Lucile McConnell believes in the “Five Pillars of Democracy”: Choice, unity, stewardship, reciprocity and equality. She is a retired commercial transactions attorney who graduated cum laude from Cornell Law School and with honors in economics from the University of Chicago. She founded The Fund to End the Deficit and rallied citizens, under Public Law 87-58 (P.L. 87- 58), to make voluntary contributions, amounting to over $20,000,000, to retire America’s National Debt. McConnell has been featured in The Washington Post, USA Today Sunday Magazine and has appeared on Good Morning, America! She is now focusing her talents on uniting America to take on the challenge of the climate crisis. For more information, visit https://www.mrpenny.net/.
###