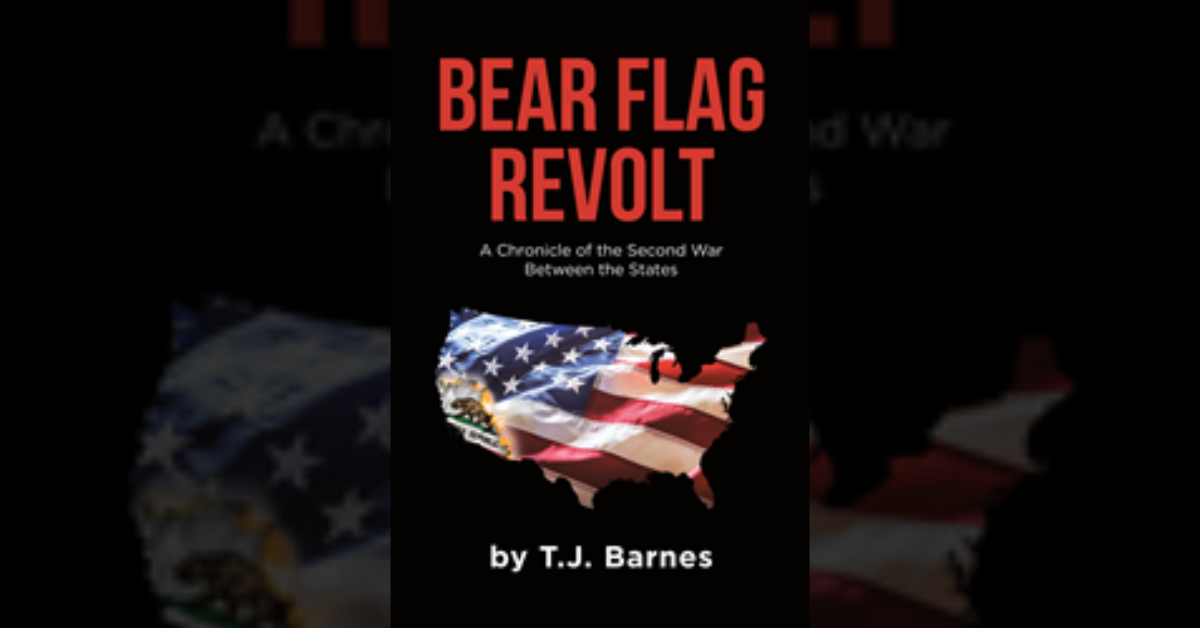 Recent release “Bear Flag Revolt: A Chronicle of the Second War Between the States” from Page Publishing author T.J. Barnes is a captivating new novel that brings readers into a world where the United States is at war with the Democratic Republic of California.

T.J. Barnes, a former United States Army sergeant, has completed his new book “Bear Flag Revolt: A Chronicle of the Second War Between the States”: a gripping novel that shows the true nature of war through a fictionalized country-wide war.

Published by Page Publishing, T.J. Barnes’s captivating tale tells a fictional story about the aftermath of California seceding from the United States. Barnes’s writing brings readers into a world where the United States is on the verge of war with itself. The people of California must band together to form an army and challenge those who are fighting against them.

Barnes opens his book with a quote from General William Tecumseh Sherman that illustrates exactly what this novel is about. It reads, “War is cruelty. There is no use trying to reform it. The crueler it is, the sooner it will be over.” Readers will get to see this cruelty firsthand throughout this novel.

Readers who wish to experience this intense work can purchase “Bear Flag Revolt: A Chronicle of the Second War Between the States” at bookstores everywhere, or online at the Apple iTunes Store, Amazon, Google Play, or Barnes and Noble.

About Page Publishing:
Page Publishing is a traditional, full-service publishing house that handles all the intricacies involved in publishing its authors’ books, including distribution in the world’s largest retail outlets and royalty generation. Page Publishing knows that authors need to be free to create, not mired in logistics like eBook conversion, establishing wholesale accounts, insurance, shipping, taxes, and so on. Page’s accomplished writers and publishing professionals allow authors to leave behind these complex and time-consuming issues and focus on their passion: writing and creating. Learn more at http://www.pagepublishing.com.