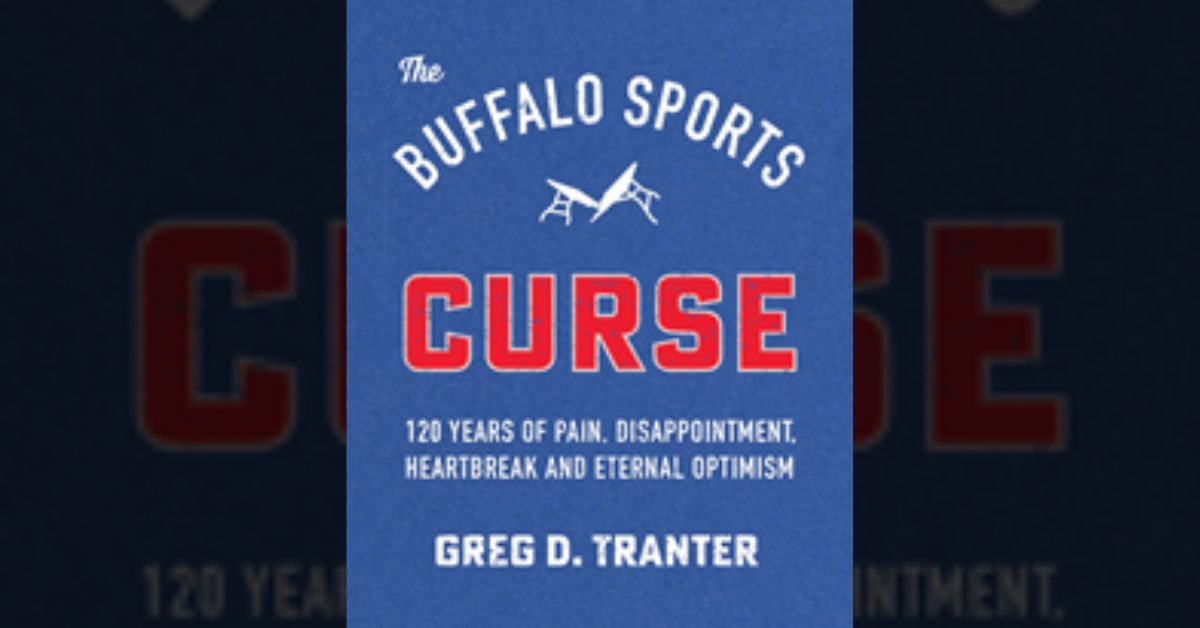 Did someone put a hex on professional sports in Buffalo, N.Y.? Sports writer Greg D. Tranter thinks so. His new book makes a case for the curse, beginning in 1901, when the promise of an original American League baseball franchise in Buffalo came and went—to Boston.

Tranter digs into the city’s long history of upsets in The Buffalo Sports Curse: 120 Years of Pain, Disappointment, Heartbreak, and Eternal Optimism, published by RIT Press. He investigates why Buffalo has never won “a universally recognized championship in any of the four major professional sports in America: baseball, basketball, football and hockey.” (The author dismisses the Buffalo Bills’1964 and 1965 American Football League championships as secondary to the National Football League in that era.)

Tranter traces the curse on professional sports in Buffalo to a trifecta of bad luck in 1901, beginning with the lost bid for the new major league baseball franchise, extending to the assassination of President William F. McKinley while attending the Pan-American Exposition in Buffalo, and sealed by the sudden death of the owner of the Buffalo Bison’s minor league baseball team. The book catalogues 120 years of cursed moments.

“All of the close calls, blown calls, injuries, deaths, nefarious back-office dealings, maladies, and weird happenings have occurred at just the wrong time to keep Buffalo teams from winning those championships,” Tranter writes. “Buffalo’s losing ways are too pronounced to ignore, which gives rise to the idea of a curse.”

Buffalo sports fans are the champions in Tranter’s book. He lauds their extreme loyalty and devotion, and details some of the curse-countering rituals that are woven into Buffalo’s saga.