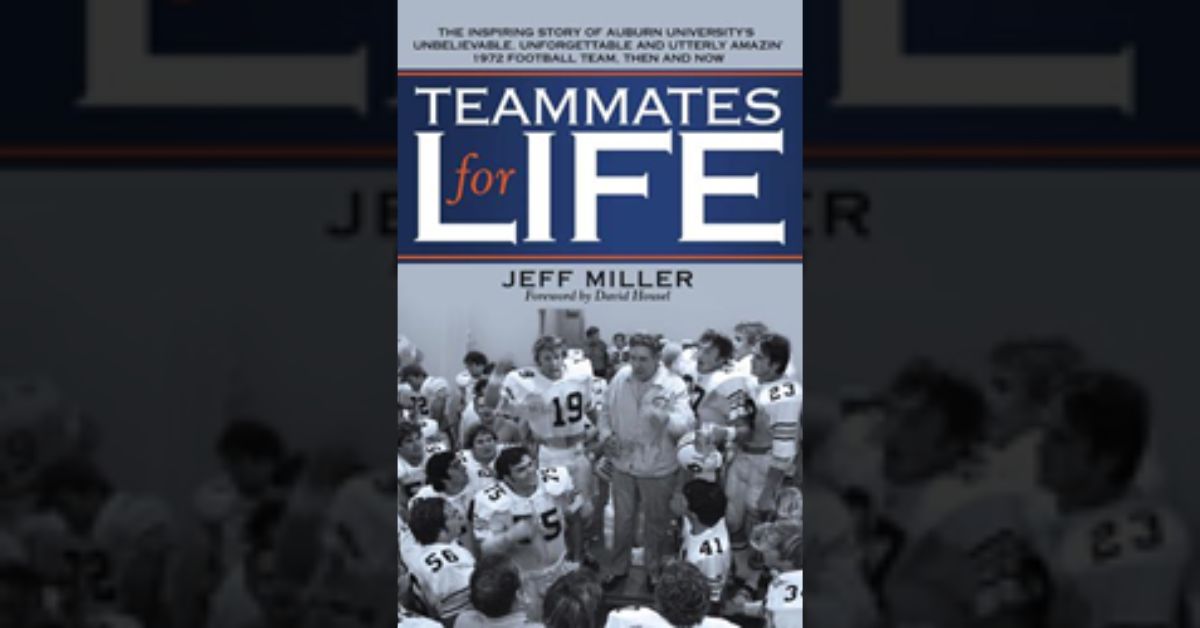 Jeff Miller announces his return into the publishing scene with the release of “Teammates for Life: The Inspiring Story of Auburn University’s Unbelievable, Unforgettable and Utterly Amazin’ 1972 Football Team, Then and Now” (published by Archway Publishing). This is the story of Auburn University’s underrated Auburn Tigers 1972 football team that pulled together to incredibly upset the unbeaten Alabama Crimson Tide on two blocked punts and have been coming to each other’s aid ever since.

The Tigers were predicted to drop into the bottom half of the Southeastern Conference standings after losing quarterback Pat Sullivan, who won the 1971 Heisman Trophy, and All-American receiver Terry Beasley. Going into their opening game, they had only five offensive plays. However, Auburn proved its critics wrong all year long, capping an unbelievable season with a jaw-dropping upset of Alabama, returning two blocked punts for touchdowns in the game’s closing minutes. Instead of finishing in sixth place in the SEC, the team finished fifth—in the country!

The Amazin’s, as they were nicknamed, won as a result of the bonds they formed during grueling winter workouts and August two-a-day practices under the unforgiving Alabama sun. Fifty years later, the Amazin’s still find strength in each other, facing new challenges as teammates for life.

“This book will appeal to anyone who enjoys a good underdog tale. But the book continues years later to show how devoted these 1972 Tigers became to each other long after they played their last football game,” Miller says. “I hope Auburn football fans and sports fans in general will enjoy — and even Alabama fans can appreciate — the story of the 1972 Tigers, for what they achieved against the odds on the football field back then and what they’ve meant to each other and done for each other since.” For more details about the book, please visit https://www.archwaypublishing.com/en/bookstore/bookdetails/832752-teammates-for-life

About the Author
Jeff Miller is an Auburn University graduate who has written about college football for publications in Alabama, Florida and Texas. His work has also been published by ESPN.com, and he served as an editor for The Athletic and CBSSports.com. Among his previous seven books are an oral history of the zany American Football League of the 1960s (“Going Long”), the little-known tale of racial integration of major college football in Texas (“Game Changers”) and an inside look at the eight West Point seniors from the winless 2003 football team who then went off to war (“Football Fields and Battlefields”).