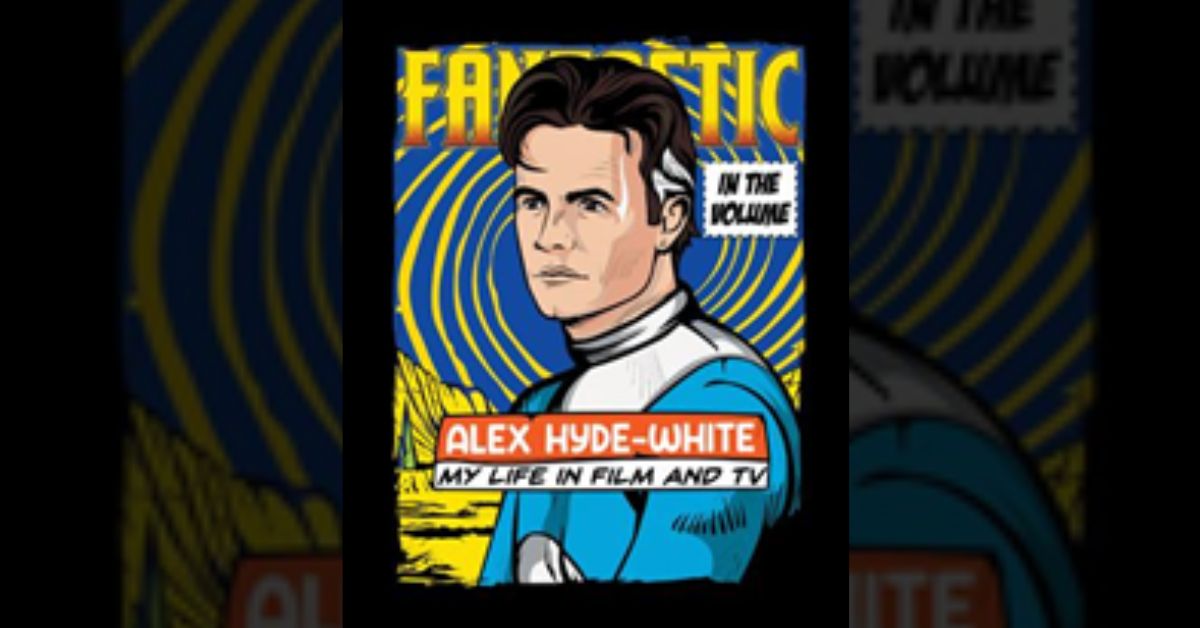 Alex Hyde-White has spent over four decades in the film and television industry and has been a witness to a unique and transformative time in Hollywood history. In his recently released memoir titled “In the Volume: My Life in Film and TV” (published by Archway Publishing), the actor — and now published author — recalls his journey which he describes as majestic, magical, wondrous and fulfilling.

“In the Volume” is a real-life roll-backed tome told in episodic style, separated into five seasons, which mirrors classic five-act storytelling structure. The chronicle begins with Hyde-White’s early life in England; growing up and high-school years in the Southern California desert; to getting started in Hollywood; to playing a part in some huge box office hits. His myriad experiences, which tell intimate tales of triumph and failure, offer both caution and inspiration to all. While this is not a celebrity tell-all, his story is that of community, of coming together in a color-blind life-affirming way.

“My life in film and TV is, firstly, a chronicle of my Hollywood history as a player. Not a star, but a member of the tribe. Like a mountain climber, the whole life story is illuminated by my peaks and valleys. The journey is more powerful than the destination. Anyway, the destination keeps moving,” the author states.

To get a copy, visit https://www.archwaypublishing.com/en/bookstore/bookdetails/837182-in-the-volume.

About the Author
Alex Hyde-White is a London born, California raised second-generation actor with over 125 film and TV credits on IMDB. Starting his career at Universal Studios at age 19, as one of the last contract players in Hollywood, he then played Broadway and got his first leading roles in England and Europe. By 1990, he settled into the Hollywood actor’s life and that was when the fun started. Fans of the Disney smash “Pretty Woman” will remember him as David Morse, the polo-playing industrialist grandson of scion Ralph Bellamy. Comic book film fans are forever curious of his experience playing Reed Richards in the ill-fated original “Fantastic Four” (1994). His recent appearances include as Grizz in Jordan Peele’s “NOPE,” the Doctor in Dahmer-Monster, the new ABC show “Reasonable Doubt,” and soon to be released films “Invitation to a Murder” and “Quest for Tom Sawyer’s Gold,” both from Grindstone Films, a division of Lionsgate. Other highlights include playing the divorce lawyer Dick Kesner in “Catch Me If You Can,” from director Steven Spielberg, with whom he first worked in 1989’s “Indiana Jones and the Last Crusade” (as young Sean Connery, Indy’s father). Since winning the 2011 Male Narrator Contest from Audible, the Amazon Audiobook marketplace, Hyde-White, known as Punch to friends, has become a sought over narrator and Audiobook producer thru his Los Angeles based collaborative, Punch Audio (http://www.punchandroll.com). A father of two adult sons, he is also an avid tennis player — nationally ranked in his age and division — and a former (celebrity) professional golfer. He and wife Shelly split time between Santa Monica, California and Pensacola, Florida.